Without You ft. Cerah

This is a work-in-progress called Without You. It is a re-make of the following track.

In 2013 I released a track titled Away and featuring the vocals of Cerah.

Never Again
Although not complete, as it is missing a vocal track, Never Again was written in 2003.

Duality
I wrote Duality in late 2002.

Discovery
Discovery was the first one I made with my new early-2000s gear.

Before I learned to DJ, I was an aspiring electronic music producer. I fell in love with electronic synthesizers in high school. The school had a Roland Juno 106. An iconic synthesizer that was state of the art at the time. The music teachers encouraged my love of it, giving me unlimited access. I soon had a Yamaha DX-11, Roland TR-909, Korg Poly 800, and a 4-track Yamaha recorder.

I’ve been able to spend more time here and less time there over the years. In the early 2000s I picked up some new synths and studio gear and I told myself I now had no excuse. If I couldn’t make music with the equipment I had, then I just couldn’t make music. At one point, I thought maybe learning to DJ would make me a better producer. I bought two turntables, a mixer and a bunch of trance records and learned to DJ. It turns out I loved DJing, too.

For 5 years I lived in Shanghai, where I had a residence at a popular nightclub and was the featured DJ at Lan Kwai Fang clubs. It turns out it helped me understand trance and electronic music and most definitely helped me become a better producer.

Bringing you the best from the world of electronic dance music, this is the Global Dancecast with Joseph Kyle. 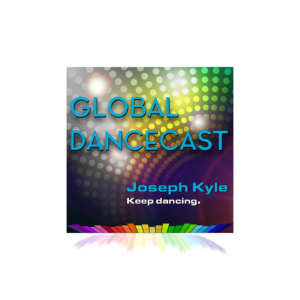 I broadcast live most Sundays at 8 PM Pacific (currently GMT-8). Tune in to hear me mix live. I also broadcast at other random times. I will turn some of those live sets into episodes of the Global Dancecast with Joseph Kyle.

I publish my best mixes as episodes of my podcast. Select Global Dancecast with Joseph Kyle from the menu to listen to episodes.

Follow @josephkylemusic
to get notified about planned and impromptu live broadcasts, hear about new official epsiode releases, and get my take on the best new trance and more.

You can alsofollow me on Mixlr.